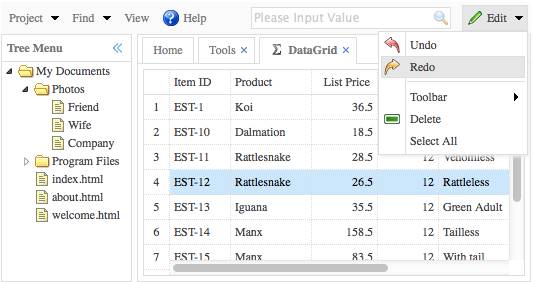 There are two editions of EasyUI package:

The Freeware Edition is available under Freeware License, you can use it in any freeware-licensed projects. Download jQuery EasyUI under freeware license:

The Commercial Edition is also available under Commercial License, you can use it in a commercial project.